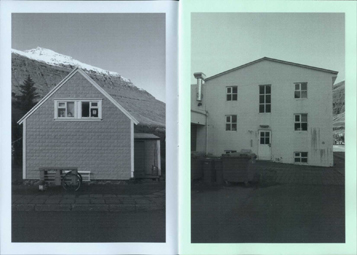 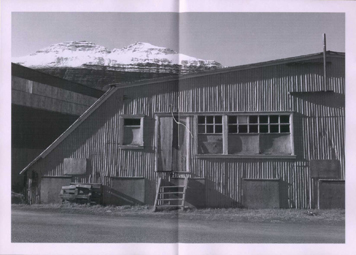 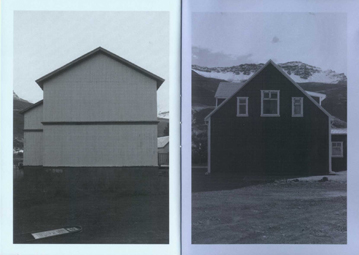 Import to Iceland af corrugated iron from England began in 1870.
First it was used on roofs mainly, but soon the locals also started to clad walls with it in order to protect the timber. After the turn of the 20th century, following “Bruninn mikli” or “the Great Fire” that destroyed 12 houses in central Reykjavik, regulations were changed to avoid further catastrophes. Regulations demanded fireproof material for building and corrugated iron provided the perfect shell. Light, strong, resistant and inexpensive, the corrugated iron also protects the timber beneath from harsh weather conditions, while letting it breath, thus providing a natural ventilation system of sorts.

The photos in this compendium are depicting gables rather than facades of the buildings, showing the ease with which a wooden stucture can be penetrated with windows – or covered up. The forms, the rythms and the proximity of the mountains are exceedingly playfull.